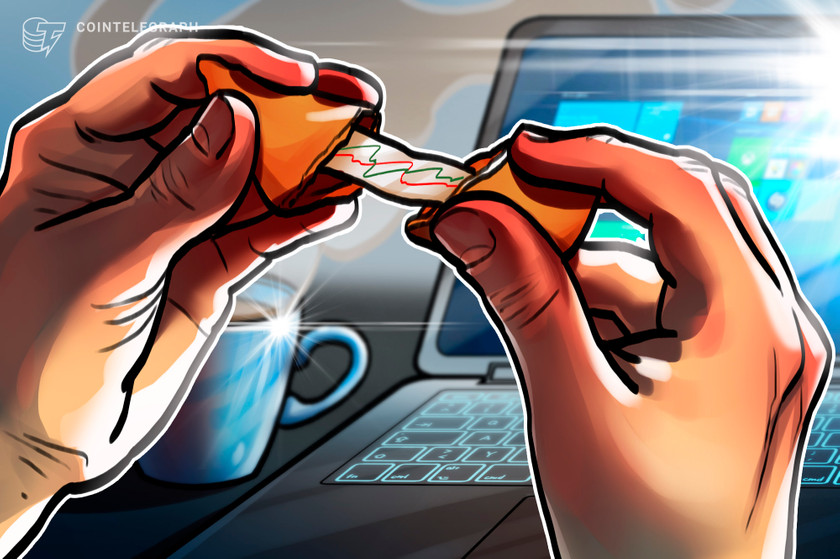 Block reward halvings cut the rate at which new coins are generated on a given blockchain by 50%. Such events, known jokingly as “halvenings,” have long been anticipated by cryptocurrency traders as catalysts for pushing up the price of their cryptocurrency holdings. Past attempts to predict when Bitcoin’s (BTC) price would increase in relation to halvings have proved inconsistent at best. However, few would be willing to quickly discount the mechanisms described in the law of supply and demand. All things being equal, as the number of coins available on the market decreases, the demand for those coins — and thus, the price of each — increases.With that in mind, here are four cryptocurrency projects that are due to undergo block reward halvings in the coming year, when their issuance rate will be cut in half.Verge (XGV)Verge (XVG) is set to undergo a halving on Jan. 25 when its chain reaches a block height of 4,700,000. At this point, the current reward of 200 XVG which is issued to miners every 30 seconds will be cut to 100 XVG.With just over 11 days to go before the halving, it may be assumed that the opportunity to get ahead of the reduction in Verge’s supply has already passed. However, capitalizing on block reward halvings has never been an exact science, and often times a coin fails to react to the event until after the fact.The XVG price hit an all-time high of $0.30 back in December 2017, before suffering a near three-year slide down to the $0.001 mark by 2020. Since the winter surge that sent Bitcoin to a new all-time high, however, Verge’s fortunes have reversed. The coin recorded growth of 219% between November and the time of writing. Tomochain (TOMO)Tomochain’s (TOMO) halving will occur on Feb. 7, when the number of TOMO coins issued yearly will be reduced from 2 million to 1 million. The Tomochain blockchain features block times of two seconds, and every 900 blocks make up an epoch. For each epoch, a total of 250 coins are issued to miners at the current time. This figure will be halved to 125 coins in February.Launched in 2017, Tomochain uses a proof-of-stake consensus mechanism and is compatible with the Ethereum Virtual Machine. The upcoming halving will be only the second in the coin’s history, and also its last. From here on, the TOMO issuance rate will remain the same until the coin’s total supply of 100,000,000 has been reached. Vertcoin (VTC)Vertcoin’s (VTC) block reward halving is scheduled for Dec. 8, at which point the number of VTC issued to miners will be reduced from 25 to 12.5 per block. Vertcoin was forked from Litecoin (LTC)  — itself a Bitcoin fork — in 2014 as a response to the application-specific integrated circuit, or ASIC, machines that were invented for Litecoin mining the same year. Vertcoin aims to remain ASIC-resistant and can be mined with a GPU.Once a feature of the top 100 coins by market capitalization, Vertcoin now finds itself ranked in the mid-500s after a 98% decline from its all-time high in December 2017.Ravencoin (RVN)Although not technically scheduled to take place until January 2022, Ravencoin’s (RVN) first block reward halving is just 12 calendar months away and will see the issuance rate cut from 5,000 RVN to 2,500 RVN per block. Launched in 2018, Ravencoin is geared toward the registration and trade of real-world assets on the blockchain. In 2018, the then little-known project received a surprise investment of “millions of dollars” from online American retail giant Overstock.Ravencoin reached an all-time high in the $0.08 range in June 2019. Today, the coin trades at a price of $0.016 — a 48% increase since recent lows in November 2020.